Posted on Friday, Jun 13 2008 @ 22:56 CEST by Thomas De Maesschalck
Engadget got their hands on slides from Dell that detail the specifications of the firm's upcoming mobile internet devices (MIDs). These MID devices are positioned between smartphones and traditional notebooks and are designed for a mobile Internet experience. Pricing of the "Dell E" units will start at $299 and the first 8.9" and 12.1" models are expected in August/September 2008.

Dell's breaking the Dell E into two device types, a 8.9-inch model clearly meant to take on the Eee 900, and the 12.1-inch "E Slim" which actually looks positioned to take on the MacBook Air and X300, at a mere 0.8-inches thick, though perhaps in a lower-end capacity. Even the 8.9-inch model will have some distinctions, with E Classic model for super low-end use, and E Video and E Video+ for more RAM, larger flash storage, webcams and Bluetooth in the + model. Rollout looks to be slated for August for the E, August / September-ish for the E Slim, and a followup for both of those in October of WWAN, with WiMAX after that. Dell even has a second version of both devices slated for Q2 2009, but that's all we know about those so far. Perhaps most interesting is that all of these run Linux and Windows XP, and while it's not clear if there's a full-featured Linux OS onboard, there does seem to be an instant-on, Foleo-esque Linux included on all of them called BlackTop. 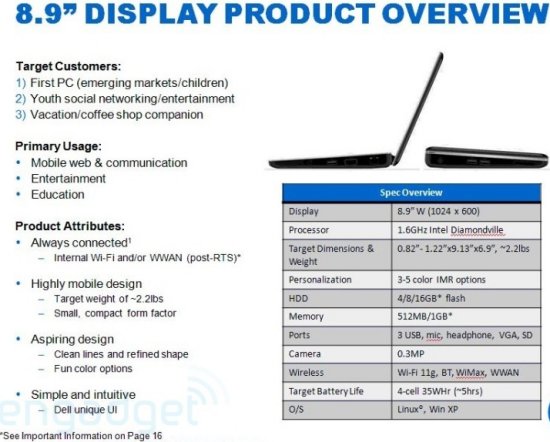 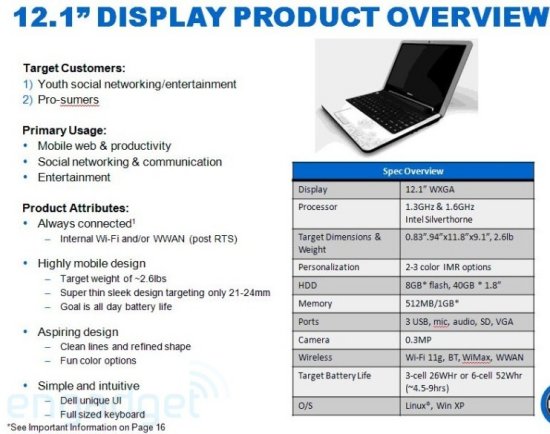 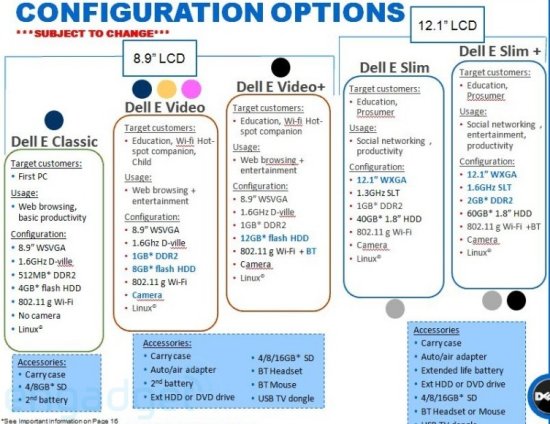 You can view all the slides over here.