"We've wanted to expand on the epic story and gameplay elements of the Diablo universe for some time now," stated Mike Morhaime, CEO and cofounder of Blizzard Entertainment. "We know that players have also been long awaiting a return to the series, so we're very excited to be sharing this announcement with Blizzard gamers here in Paris and around the world today."

Diablo III will pick up the story twenty years after the events of Diablo II. Mephisto, Diablo, and Baal have been defeated, but the Worldstone, which once shielded the inhabitants of the world of Sanctuary from the forces of both the High Heavens and the Burning Hells, has been destroyed, and evil once again stirs in Tristram. Playing as a hero from one of five distinct character classes, players will acquire powerful items, spells, and abilities as they explore new and familiar areas of Sanctuary and battle hordes of demons to safeguard the world from the horrors that have arisen. The first two characters classes -- the barbarian and the witch doctor -- were shown as part of the announcement at the event today in Paris.

Diablo III will feature a custom 3D-graphics engine to render lush indoor and outdoor areas of Sanctuary with a high level of detail and vivid special effects. The game's physics-enhanced environments will be interactive and destructible, offering traps and obstacles that create added danger for players and monsters alike. These elements, along with a new quest system and random scripted events, will be integrated into the game's random-level generator, giving Diablo III the ultimate combination of dynamic gameplay and replayability. Cooperative and competitive play will be available online through an upgraded version of Blizzard Entertainment's renowned online gaming service, Battle.net. 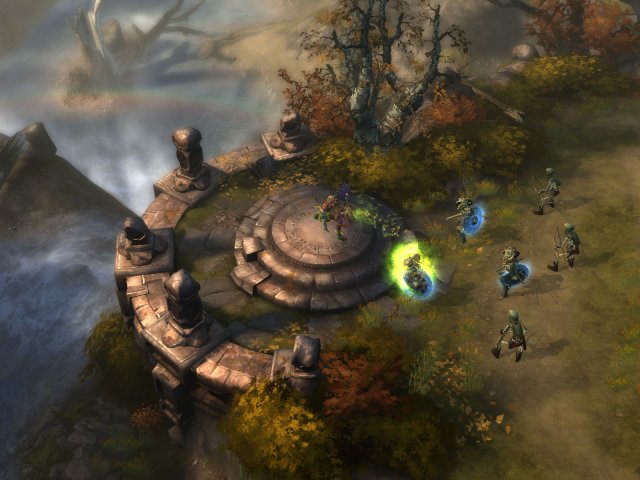