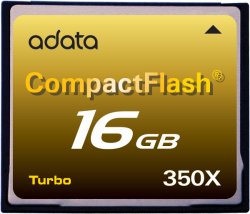 Turbo Series CF 350X supports dual-channel data transferring and UDMA 0-5 mode as well as MDMA 0-4 mode of high-level digital cameras. Under the Ultra DMA mode 5 and IDE interface, the write speed can reach up to 47MB/sec. In addition, users can store up to 1,500 photos of RAW file in the high-capacity memory card and do not have to worry about inadequate space for photos. Using original SLC flash memory (Single-Level-Cell), Turbo CF 350X is more power consumption and able to deliver outstanding performance. With the advantages of stability and high capacity, users can enjoy the pleasant feeling of non-stop shooting and continuous filming.