Posted on Monday, Jun 30 2008 @ 23:19 CEST by Thomas De Maesschalck
X-bit Labs got their hands on some spy shots of AMD's upcoming processor for low-power systems.

Based on “spy-shot” pictures of a 3.5” mainboard sent to X-bit labs, initially AMD’s 8W chips based on K8 micro-architecture in ball-grid array (BGA) packaging will be available for small form-factor industrial PCs, where Intel Pentium M and Intel Atom chips are already present alongside with relatively outdated AMD Geode microprocessors. 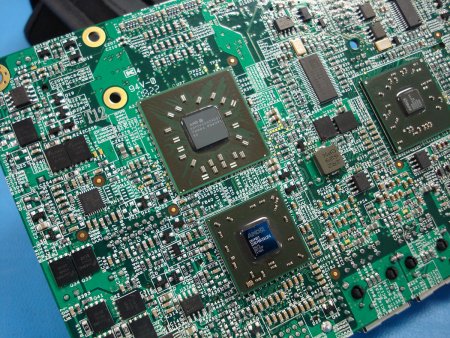