Posted on Monday, Jul 07 2008 @ 00:05 CEST by Thomas De Maesschalck
Cisco unveiled a new Linksys wireless router, the WRT610N. This device will be available for around $200 and it offers simultaneous dual-N band that allows you to use the 2.4GHz and 5GHz spectrum at the same time.

Building on the heritage of the award-winning WRT600N, the WRT610N is designed to achieve true Wireless-N performance in both the 5GHz and 2.4GHz spectrums. The WRT610N effectively provides consumers two networks to which they can connect devices. It is recommended that consumers connect entertainment-oriented devices, such as a Media Center Extenders, audio players or Personal Video Recorders, to the wider 5GHz band, while connecting other devices, like PCs, Print Servers, or Network Attached Storage to the more common 2.4GHz band.

Dual-N Band Wireless networking allows consumers to utilize both the 2.4GHz wireless spectrum and the wider, more available 5GHz wireless spectrum to address their networking needs. The 5GHz spectrum provides more than seven times the number of non-overlapping wireless channels, allowing for clearer transmissions, while the 2.4GHz spectrum allows older network devices like print servers or Wireless-G and Single-Band Wireless-N PCs to access the network. Where the WRT610N stands out is that it allows consumers to achieve full Wireless-N network speeds on both bands at the same time.

“There are products on the market that are framed as Dual-Band that allow access to only one band at a time or lose transmission speeds when both bands are in use,” said Mani Dhillon, director, Linksys Consumer Business Organization. “As consumers begin to use the 5GHz spectrum for their multimedia devices, it becomes more important to have access to the full capabilities of both bands.” 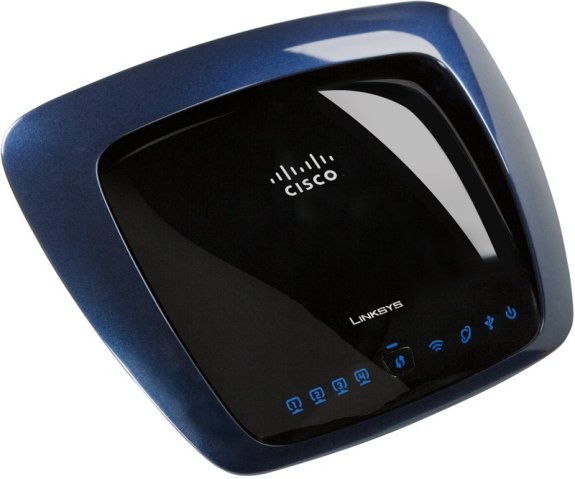