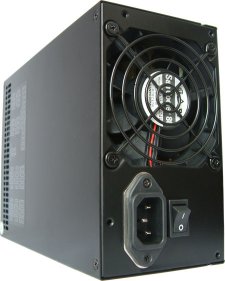 Anandtech has taken a closer look at the performance of the 1200W Zeus power supply from Silverstone:

The label shows six 12V rails with an enormous combined power of 95A. However, each rail is rated at 17A, which is not too much as we will find out later during the tests. If you prefer, the 12V rails can be combined into one massive 12V rail that will deliver the 95A alone. On the side is a little white round sticker that hides a switch used for combining the rails, but we do not recommend peeling off this sticker since you still won't be able to reach the switch. To access the switch, you will need to open the PSU casing as we will see later (Update: This problem seems to be only with the first models like the one we have tested. The units in the shops have already access to the switch from outside). The 3.3V rates 28A and the 5V rail 30A, both of which are more than sufficient. The standby rail rates 4A, which is according to the latest EPS12V norm.

Check it out over here. The reporter says the voltage regulation is very good but is a bit disappointed that the PSU reaches an efficiency of only 84 percent. That's not bad at all but a bit less than what some PSUs of other brands offer. Another disappointing thing about the PSU is the noise, the reporter complains the PSU's fan already ramps up to the max at a load level of only 60%.