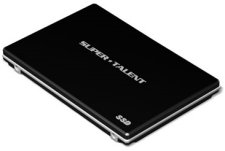 These three series of SSDs already boast exceptionally fast read speeds of up to 120 MB/sec. But, fast write speeds are important in applications such as video editing and encoding, image processing, compressing and extracting files, installing applications and copying files to the drive. These newly revised SSDs categorically outpace the fastest hard drives in the world.