Chile Hardware got their hands on a spy shot of NVIDIA's 2008 driver roadmap. The photo is very blurry but it appears that NVIDIA is preparing to release its Big Bang II driver in September, this update will bring various improvements like Display Port connectivity support, quality improvements, performance improvements and OpenGL 3.0 support.

NVIDIA's first Big Bang driver was the one that added support for SLI so this new driver should be something big. 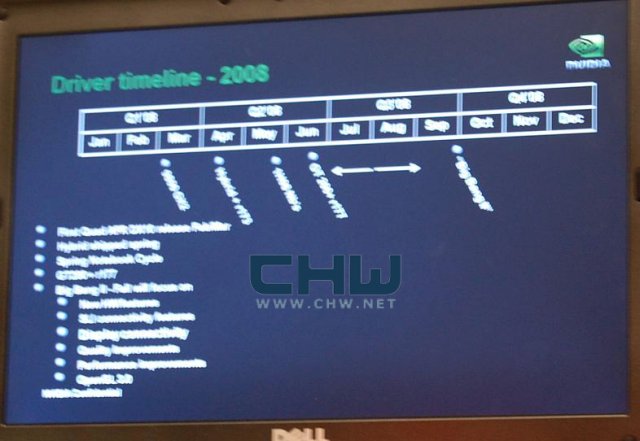