Posted on Tuesday, Jul 29 2008 @ 00:40 CEST by Thomas De Maesschalck
Most people will not have noticed it but Warner Bros says it spend a lot of effort on making sure pirated copies of the new Batman movie "The Dark Knight" would pop up on the Internet before the theatrical opening. The movie studio called the action a success as it took about 38 hours until the first pirated copies were available on filesharing sites:

Warner created a "chain of custody" to track who had access to the film at any moment. It varied the shipping and delivery methods, staggering the delivery of film reels, so the entire movie wouldn't arrive at multiplexes in one shipment, in order to reduce risk of an entire copy being lost or stolen. It conducted spot checks of hundreds of theaters domestically and abroad, to ensure that illegal camcording wasn't taking place. It even handed out night-vision goggles to exhibitors in Australia, where the film opened two days before its U.S. launch, to scan the audience for the telltale infrared signal of a camcorder.

Warner Bros. executives said the extra vigilance paid off, helping to prevent camcorded copies of the reported $180-million film from reaching Internet file-sharing sites for about 38 hours. Although that doesn't sound like much progress, it was enough time to keep bootleg DVDs off the streets as the film racked up a record-breaking $158.4 million on opening weekend. The movie has now taken in more than $300 million.

The success of an anti-piracy campaign is measured in the number of hours it buys before the digital dam breaks.

"One of the reasons why it's so important to try to protect the first weekend is that it prevents the pirate supply chain from starting," said Darcy Antonellis, president of Warner's distribution and technical operations. "A day or two becomes really, really significant. You've delayed disc manufacturing that then delays distribution, which then delays those discs from ending up on street corners for sale." 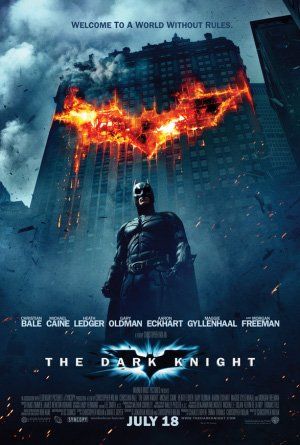