The new GeForce 9800 GTX+, 9800 GT, and the 9500 GT GPUs deliver exceptional graphics quality, performance, and application compatibility, along with support for NVIDIA SLI technology, the industry's leading multi-GPU solution for gaming and enthusiast platforms across a wide variety of price points, including under $100 USD.

"The addition of the new 9800 GTX+, 9800 GT, and the 9500 GT GPUs brings a new level of visual computing capability to additional mainstream market segments," said Ujesh Desai, general manager of desktop GPUs at NVIDIA. "NVDIA GPUs deliver the best bang for the buck in each price category, and with support for CUDA, PhysX, and 3D stereoscopic technology, consumers can now experience the unique, innovative, and immersive computing experience that only NVIDIA can deliver."

As PC applications become increasingly visual, many ordinary tasks will benefit from the graphics horsepower provided by the GeForce GPU, including editing photos, running a new operating system such as Windows Vista, or encoding and playing high-definition videos through the use of applications like Elemental Technologies' Badaboom, which is scheduled for release in August. In addition, the general-purpose computing architecture of the GeForce 9 Series GPUs lends itself to powering the increasing number of applications that are being written to use the GPU -- and not the CPU -- for non-graphical computational tasks. For example, consumers today can use their GeForce 9 Series GPUs to run applications such as Folding@home and join online protein folding teams to help find cures for diseases such as Alzheimer's or Parkinson's.

NVIDIA GPUs are also the only ones to support PhysX technology, the world's most pervasive physics development platform that is already delivering dynamic 3D realism to more than 140 games across multiple platforms and is in use by more than 25,000 developers worldwide. With PhysX, developers can incorporate effects such as rigid body dynamics, collision detection, and cloth simulation that dramatically change the way the games are played and how the on-screen stories unfold, and then accelerate those effects using the processing power of the GeForce GPU. 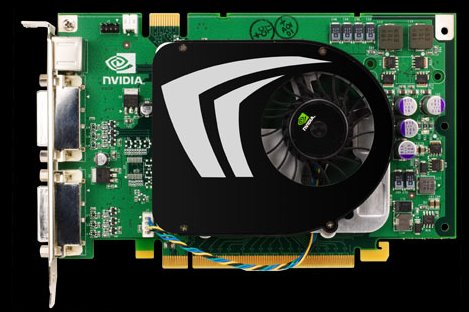