Posted on Tuesday, July 29 2008 @ 17:32 CEST by Thomas De Maesschalck
Leadtek unveiled two graphics cards based on the new NVIDIA GeForce 9500 GT GPU, one with GDDR2 and another one with GDDR3 memory. Both models feature a 575MHz GPU, the GDDR3 model has 1600MHz memory and the GDDR2 model's memory has a frequency of 1000MHz.

Based on NVIDIA GeForce 9500 GT graphics processing units, the WinFast PX9500 GT currently comes with the Ultra-High-Speed 512MB 128bit GDDR3 and GDDR2 memory size, and an advanced GPU clock speed of 575 MHz. They are designed to run perfectly with the PCI Express 2.0 interface. All of this makes it ready for the most demanding future bandwidth games and 3D applications. 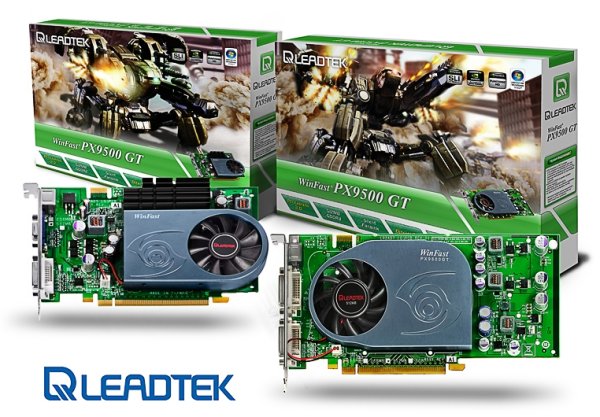