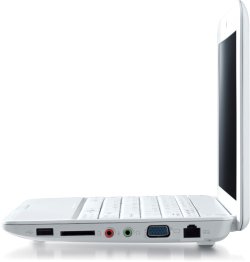 As it turns out, many online retailers are actually charging more than $550 for the six-cell Wind U100. Mwave lists the diminutive notebook for $599.99, while Microtel asks $599, and ZipZoomFly demands $559. Folks who ordered the system before the hike aren't necessarily better off, either. Laptop Magazine learned that Buy.com actually cancelled $499.99 orders when MSI announced the price increase "to avoid being de-authorized by this manufacturer."