Dell working on a pocket projector

Posted on Thursday, Jul 31 2008 @ 00:05 CEST by Thomas De Maesschalck
Engadget found evidence of an upcoming Pocket Projector from Dell while browsing through a leaked PowerPoint presentation.

Weighing just 1.1 pounds, this LED projector is either incredibly small, or that's a Texas-sized coffee mug... either of which could be true in Dell country. No word on release date though we expect it to pop with the rest of the Latitude E-series in Q4. 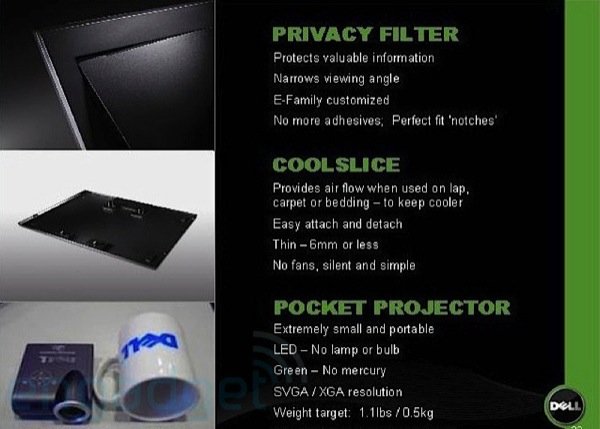