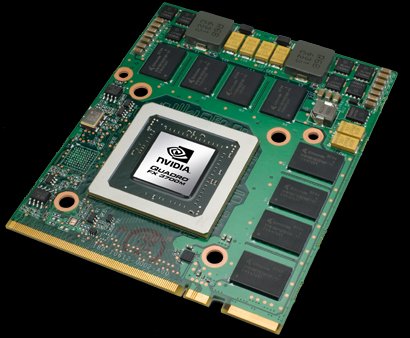 Highlighting the flagship product of the series is the Quadro FX 3700M, with 128 CUDA Parallel Computing Processor cores, which offers an unprecedented 1 GB of dedicated graphics memory for graphics-performance hungry industries such as oil and gas exploration, mechanical design and digital content creation. Now, the power of a desktop workstation is available in a compact, notebook configuration.

"Design professionals who rely on the performance and features of a desktop workstation can now get this same level of performance in a notebook," said Jeff Brown, general manager, Professional Solutions, NVIDIA. "With the new Quadro FX 3700M visual computing solution, the notebook becomes a powerful workstation, allowing professionals to work anywhere, at any time, without sacrificing graphics quality or performance."