Developers will be able to make their content available on an open service hosted by Google that features a feedback and rating system similar to YouTube. We chose the term "market" rather than "store" because we feel that developers should have an open and unobstructed environment to make their content available. Similar to YouTube, content can debut in the marketplace after only three simple steps: register as a merchant, upload and describe your content and publish it. We also intend to provide developers with a useful dashboard and analytics to help drive their business and ultimately improve their offerings. 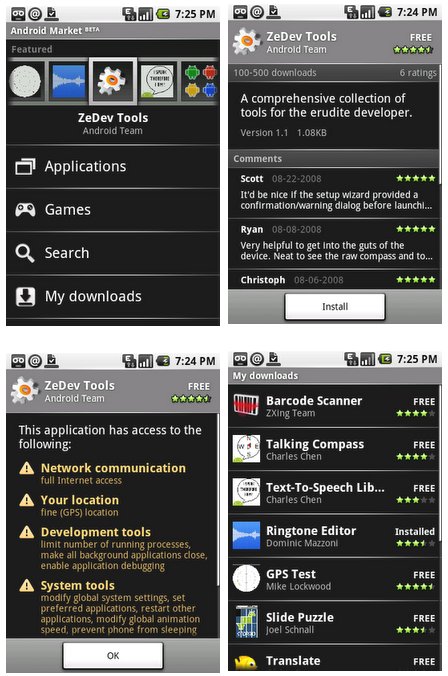