Posted on Wednesday, Sep 03 2008 @ 14:53 CEST by Thomas De Maesschalck
Expreview published some benchmark figures of the upcoming Radeon HD 4670 and Radeon HD 4650, both cards are vased on the 55nm RV730 GPU. You can check it out over here.

The site claims the Radeon HD 4670 performs close to the Radeon HD 3850 but that's not entirely true, on most of the benchmarks there's a gap of at least 10-15% between these cards. It's quite a bit faster than the GeForce 9500 GT though. 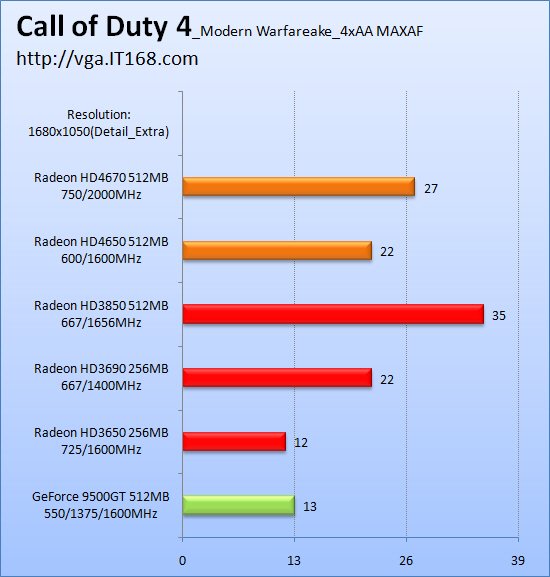