Commodore to release a netbook

Posted on Thursday, Sep 04 2008 @ 01:01 CEST by Thomas De Maesschalck
CNET writes Commodore was showing off an upcoming netbook at the IFA trade show in Berlin.

The Commodore UMMD 8010/F, announced at the IFA consumer show in Berlin, will sport a 1.6GHz Via C7-M processor and will have an 80GB hard drive, 1GB of RAM, 802.11b/g Wi-Fi, and optional Bluetooth. The machine will have 10-inch display and a 1.3-megapixel camera. Prices are expected to start at $610. 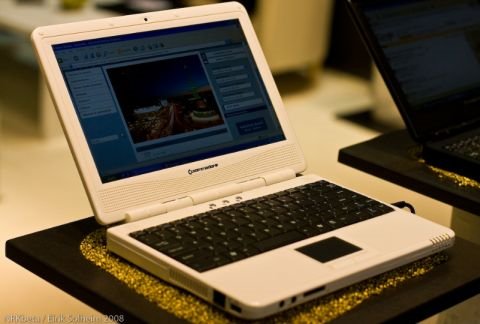 Over at Engadget you can find lots of more pictures of new Commodore products. The site also says Commodore is working on some Pocket PCs that should be released for around 100-150EUR.