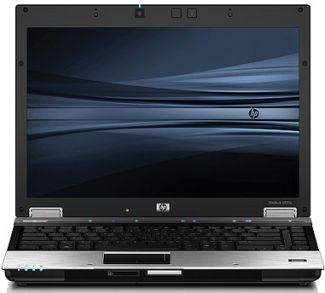 “All-day computing has been the holy grail of notebook computing,” said Ted Clark, senior vice president and general manager, Notebook Global Business Unit, HP. “With the HP EliteBook 6930p, customers no longer have to worry about their notebook battery running out before their work day is over.”

Designed and tested to last, HP batteries benefit from a combination of HP engineering and energy-efficient notebook components such as Intel® solid-state hard drives (SSD) and mercury-free LED displays. For example, the highly efficient HP Illumi-Lite LED display boosts battery run time by up to 4 hours compared to traditional LCD displays, while the Intel SSD provides up to a 7 percent increase in battery life compared to traditional hard drives.

Inspired by aircraft construction and designed for style-conscious mobile professionals, HP EliteBook notebooks feature the latest mobile technologies. In October, customers will be able to purchase an HP EliteBook with the new Intel high-performance SSDs – HP is a launch customer for new Intel X25-M and X18-M Mainstream SATA SSDs.

“Intel architected its new line of high-performance solid-state drives specifically to bring a new level of performance and reliability to the computing platform and make significant impact to the way people use their PCs,” said Randy Wilhelm, vice president and general manager, NAND Products Group, Intel. “The HP milestone is an example of the impact of this new level of performance that specifically delivers on lower power consumption for longer battery life.”

The initial ENERGY STAR®-qualified HP EliteBook 6930p configuration starts at only 4.7 pounds (2.1 kilograms). It features a 14.1-inch diagonal widescreen display and is available with an optional, mercury-free Illumi-Lite LED display.

The HP EliteBook 6930p is built for the corporate road warrior as it features a shock-resistant hard drive, enhanced display panel and spill-resistant keyboard to help defend data against bumps, drops and spills. It was designed to meet the tough MIL-STD 810F military-standard tests(2) that measure levels of environmental reliability and operation at extreme temperatures, while withstanding vibration and high humidity.

The inner magnesium shell of the notebook’s HP DuraCase is equipped with a honeycomb pattern that is thermally bonded to anodized aluminum for a solid construction.

All HP notebooks are designed with the environment in mind, with energy-efficient features and select materials for easier recycling. For example, HP has set a goal to remove all mercury – a material commonly found in notebook screens – from its entire notebook line by the end of 2010.