Posted on Wednesday, Sep 10 2008 @ 03:22 CEST by Thomas De Maesschalck
The Tech Report discussed AMD's latest chipset roadmap which features some new things like the "Fiorano" server platform which is expected by mid-2009.

AMD will launch the RS5690 together with a MIMO-less SP5100, and both chipsets will compete with Broadcom and Nvidia offerings that power current Opteron systems. Fiorano might help put AMD on more equal footing with Intel, which has been rolling its own CPUs and chipsets into server platforms for years now. 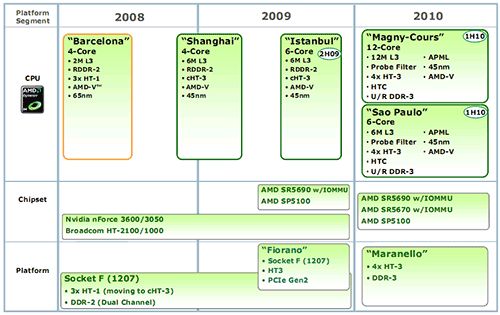