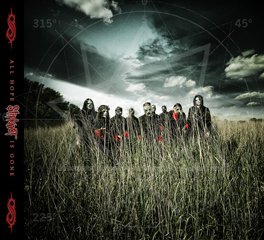 Slipknot frontman Corey Taylor claims the music labels themselves are to blame for online piracy. Taylor said the quality of released music is so bad, no-one wants to buy it:

Slipknot vocalist and frontman Corey Taylor has launched an attack on recording labels, saying that instead of spending their time chasing downloaders, they should use their resources to find bands that produce better music.

Taylor told Kerrang: “Why would you blame (people who download music)? Half the f**king albums that are out there are s**t. I don’t download, but at the same time, I don’t buy new music ’cause it all sucks. Okay, there’s a handful of bands that I buy, but other than that, I just buy old s**t because old s**t is good. Sorry!” br />
...