Posted on Monday, Sep 29 2008 @ 17:52 CEST by Thomas De Maesschalck
Point of View announced the launch of a Point of View / Philips amBX / Ubisoft bundle, this package contains a GeForce 9600 GT or GeForce 9500 GT graphics card along with the Philips amBX ProGamer kit audio and light solution and Brother in Arms: Hell's Highway. You can even buy an optional Extension Kit that will add wind and force feedback effects.

Famous for its long history of game bundles, Point of View brings you the first collaboration of its kind. The ultimate gaming bundle will take PC gaming entertainment to a whole new level of realism. As a long-time NVIDIA official board partner, Point of View delivers high-quality and high-performing GeForce graphics cards. Get your hands on this special bundle with either a GeForce 9600 GT or a GeForce 9500GT, both quipped with 512mb superfast DDR3 memory and DVI and HDMI onboard. Furthermore, these graphics card have full support for DirectX 10, Shader model 4.0 and of course PurevideoHD; for decoding high-definition movies!

Creating ‘ambient experiences’, amBX takes the gameplay experience out of the traditional gaming world screen and into the real world through light, colour, sound, rumble and even airflow, all delivered by the Philips amBX PC Gaming Peripherals range of LED colour-controlled lighting, rumble peripherals and variable speed desktop fans. The bundled Philips amBX ProGamer kit consists of a central lighting/control station, a pair of 40W satellite speaker lights and a powerful 80W subwoofer.

Brother in Arms: Hell’s Highway takes place in 1944, during the liberation of the Netherlands in the Second World War. The game tells the story of Operation Market Garden, the journey from Eindhoven - where both Philips and Point of View are located - to Arnhem, on the road later nicknamed Hell’s Highway. Incorporating amBX into the game has created a huge range of real world effects and experiences. LED light effects will deliver directional light - across a 16 million colour range - to indicate danger, bullet and shrapnel impact and simulate everything from the use of torches in dark environments to full-on explosions.

Sold separately as part of an Extension Kit, the amBX-enabled desktop variable speed fans simulate wind speed from soldier movement on foot, in the air and in vehicles, as well as punches of airbursts from explosions and object collision. Furthermore, the wrist rumbler effects create distinct tyre and track rumble from different vehicle types, a wide range of weapon recoil effects and the thud and shock of being on the receiving end of a bullet, grenade or bomb. The elements of the Extension Kit can easily be plugged into the Progamer Kit that is part of the bundle offer. >/blockquote> 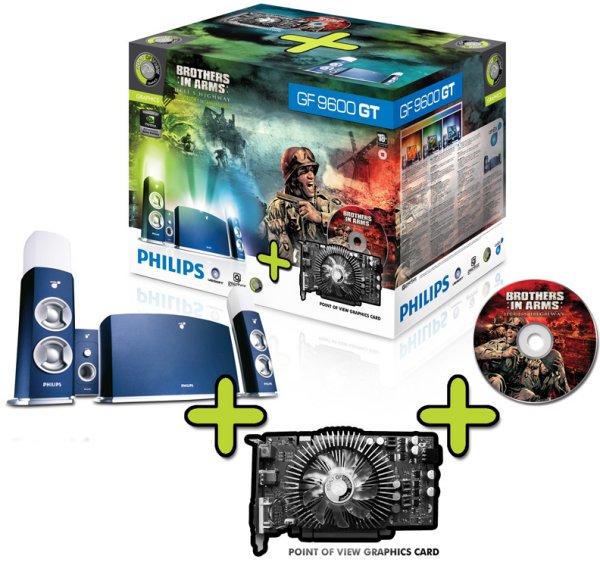