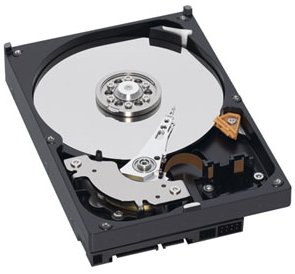 Western Digital has new GreenPower Caviar hard drives with higher-density platters and larger caches. The new HDDs are more power efficient and faster as well. The 1TB second-gen Caviar Green retails for around $219 but you can also get it in 500GB, 640GB and 750GB capacities.

WD says its new Caviar Green 1TB hard drive has 333GB platters and 32MB of cache, compared to a respective 250GB and 16MB for the old model. Those tweaks reportedly reduce power draw by up to 20% and increase performance by up to 10%. Considering the original remains the most power-efficient 3.5" terabyte hard drive, a 20% drop in power consumption sounds like a big achievement.

With that said, we should point out several caveats. The Caviar Green series uses lower spindle speeds than typical 7,200-RPM drives, which reduces performance. Also, the company's 300GB, 10,000-RPM VelociRaptor actually draws significantly less power than the current terabyte Caviar Green, probably because it's a 2.5" drive in a 3.5" sled.