Posted on Sunday, Feb 01 2009 @ 03:04 CET by Thomas De Maesschalck
Scientists at the University of California, Berkeley have created the first radio-controlled rhinoceros beetle:

Researchers at the university controlled the movement of beetle wings and some other parts using radio signals sent to the six electrodes on its brain and muscles. They equipped the beetle with a module incorporating a circuit to send signals to the electrodes, wireless circuit, microcontroller and battery. The university has so far succeeded in several experiments of electrically controlling insects, but it used a radio control system this time.

The researchers used rhinoceros beetles in this experiment because they can carry a weight of up to 3g. They can fly carrying the module weighing about 1.3g on their backs. And another reason is that they look cool, according to the university. 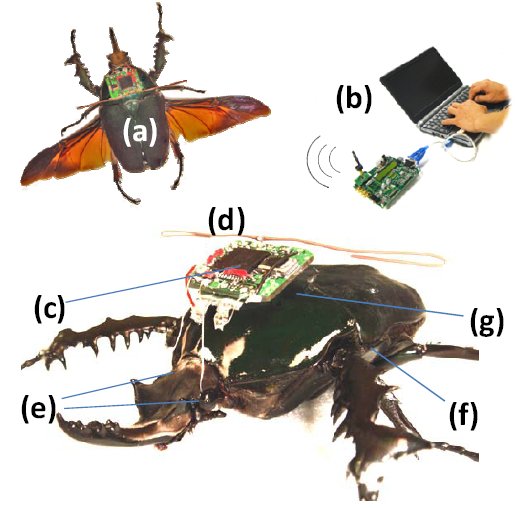