Both boards also include 6-phase PWM for the CPU, ferrite core chokes, 7.1 channel audio and Gigabit Ethernet. The difference between the 'regular' and GTI boards sees the former include two eSATA connectors and support for both CrossFireX and SLI, not 'only' CF. 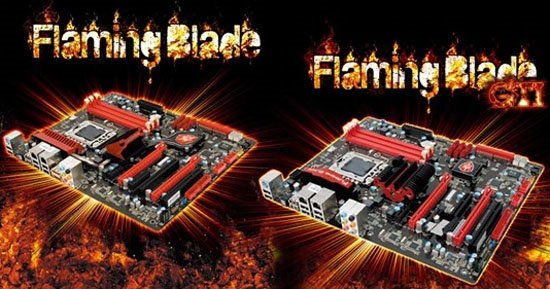