Posted on Wednesday, Apr 01 2009 @ 16:17 CEST by Thomas De Maesschalck
Expreview has a photo of the box of the Radeon HD 4890 graphics card from XFX. The launch of this card is slated for tomorrow.

It’s believed that there’ll be even more OC editions of Radeon HD 4890 to compete with GeForce GTX 275. 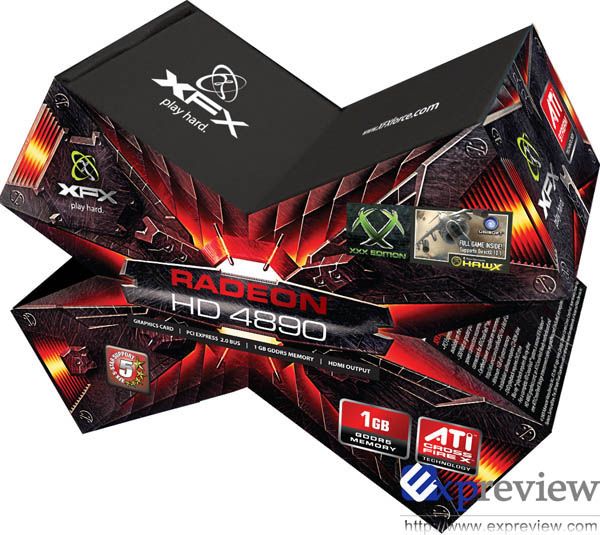