Twin Frozr – Dual Fan and industry-leading five heatpipes design
MSI entirely new Twin Frozr on N275GTX series utilizes an intelligent PWM dual-fan design. The fan speed is automatically adjusted according to the core temperature of the GPU, guaranteeing ultra-low noise emissions under regular load while dynamically adjusting the fan speed during game play and 3D-operations and still remaining quiet. Moreover the dual-fan design naturally also provides twice as big a cooling efficiency. With two fans the user is always on the safe site, should for some reason one fan not operate correctly, the second fan still secures effective cooling, thereby making sure that your graphics card won't be damaged.

In addition, the Twin Frozr on MSI N275GTX series uses an industry-leading five heatpipes design, compared to conventional 2 or 4 heatpipes designs this greatly improves heat dissipation efficiency. So in the first step the heat will be evenly distributed over the fins, while in the second step the dual-fan will blow it away. Rest assured, with these highly effective measures all your over-heating problems belong to the past.

100% Solid Capacitors Design
For a product's stability not only the effective heat dissipation is an important issue, but also the capacitors play a vital role as to whether your system runs reliably. Currently there are two different types of capacitors prevailing in the industry, electrolytic capacitors and solid ones, with the solid capacitors offering greater longevity. Beyond a prolonged longevity solid capacitors can also better cope with high frequencies and withstand more heat while providing a more stable current at the same time. Even more importantly, as solid capacitors do not have any liquid inside, there won't be any danger from a potential leakage, which in turn also translates into increased overall stability. 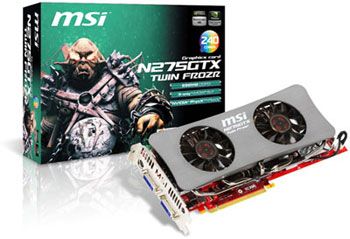