Posted on Tuesday, Apr 07 2009 @ 18:44 CEST by Thomas De Maesschalck
Besides a liquid cooled Radeon HD 4890, PowerColor is also working on a non-reference model with a cooling solution from Zerotherm. This card will utilize a 10-layer PCB, the core will reportedly be clocked at 950MHz and the GDDR5 will have a frequency of 4400MHz. The clockspeeds aren't finalized yet though, so they may still change.

As you can see from the picture, the cooler comes from Zerotherm, it has four heatpipes and a rather large fan embedded inside a big heatsink. The details are still scarce as this card is still under development but it's good to know that Powercolor will have an interesting non-reference HD 4890. 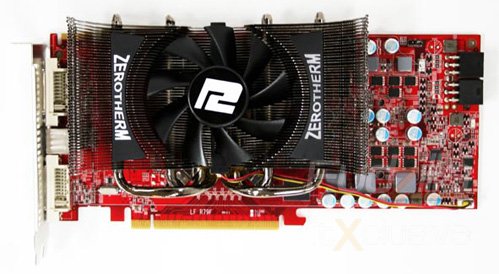