Posted on Wednesday, Apr 08 2009 @ 13:13 CEST by Thomas De Maesschalck
Hot Hardware has published some benchmark results of the upcoming Corsair P256, this is a new 256GB SSD with the Samsung S3C29RBB01-YK40 controller. The reviewer tested the drive in HD Tach and came up with average read speed of 209.8MB/s, average write speed of 169.1MB/s, random access time of 0.1ms and burst read speed of 248.2MB/s. No word about random write performance though, and that's one of the things that really makes or breaks SSDs.

We just received a package by way of Corsair that contained a brand new product we're certain many of you will be interested in checking out. Inside a non-descript, little, white box was a shiny Corsair-branded 256GB SSD that the company will be releasing sometime in the not too distant future.

The drive we received is branded as a Corsair S256, but we've been told that when the drive hits store shelved the official product name will be P256--the "S" is changing to a "P". We set it up for a quick round of HD-Tach and this SSD could actually give Intel something to think about. 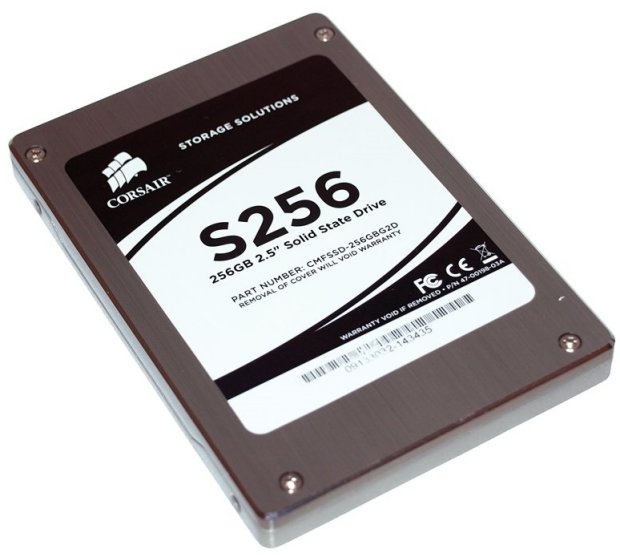