The reviewer mentions the Corsair P256 is a rebadged version of the Samsung PB22-J MMDOE56G5MXP-0VB, but this isn't a bad thing as this Samsung SSD is only available to OEMs. The Corsair P256 will be available next week for $749, which is a bit more than a third cheaper per gigabyte than a Intel X-25M 80GB. Unfortunately there's no direct comparison with the Intel SSD, but the reviewer says there will be a follow up article next week as Intel has something new in store.

In the end the it turns out that the Corsair P256 Solid State Drive is nothing more than a re-badged Samsung PB22-J 256GB SSD. There is nothing wrong with this though as numerous companies re-label products and call them what they wish. I am actually glad that Corsair is selling this drives under their name as the Samsung PB22-J 256GB SSD is only available to OEMs since Samsung doesn't sell its SSDs direct to the consumer. This means that Corsair is the first company to bring this product to the consumer market and it will be a big deal as you can see that performance is amazing on this SSD... 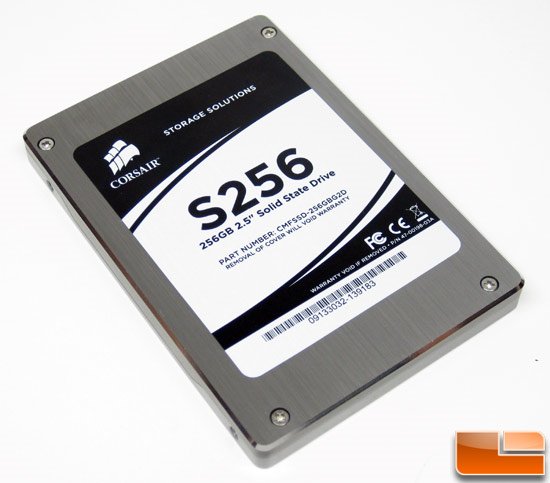