Posted on Wednesday, Apr 22 2009 @ 23:05 CEST by Thomas De Maesschalck
Within a couple of months AMD's six-core Istanbul server processors will become broadly available, and that's just the start of a new core race. The chip company unveiled today it aims to release a 12-core part in 2010, and a model with 16 cores in 2011. 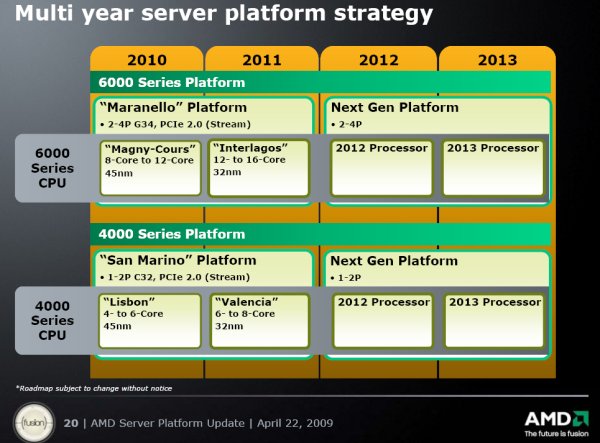 Here's a bit of information about the 12-core Magny-Cours: 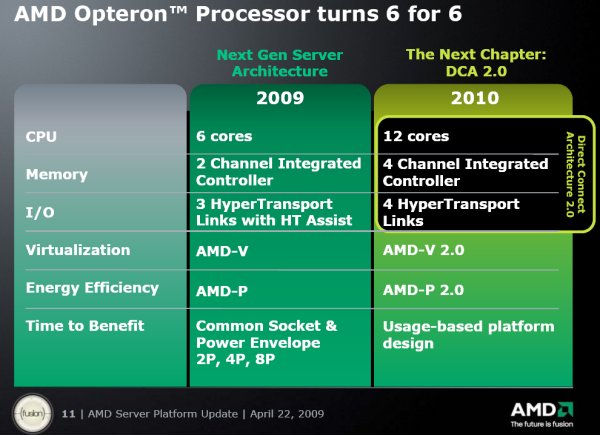 And some details about the Direct Connect Architecture 2.0: Another slide reveals the projected floating point and integer performance gains of Istanbul, Magny-Cours and Interlagos.