Posted on Monday, Apr 27 2009 @ 15:15 CEST by Thomas De Maesschalck
German tech site Heise reports AMD recently presented a 48-core Opteron server. The system featured four Magny Cours prototypes, which have 12 cores each. These Opteron 6000 series server processors are expected to be launched in 2010, they will be available in 8-core and 12-core versions. 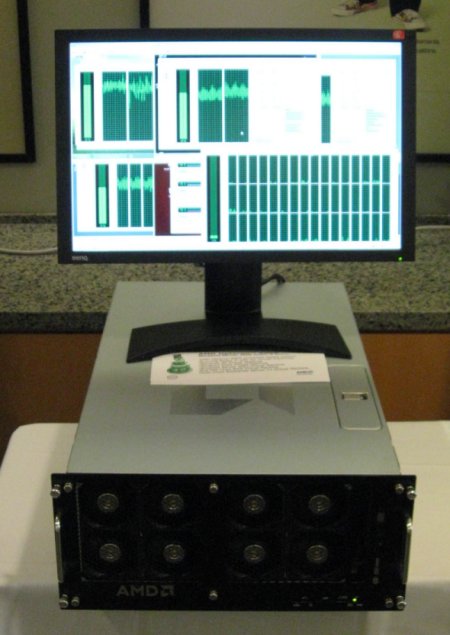