Darkest of Days to use NVIDIA PhysX

NVIDIA reports the upcoming Darkest of Days shooter from 8monkey Labs will use the PhysX technology:

Darkest of Days is a historically-based first-person shooter (FPS) where gamers will travel back and forth in time to experience some of history's "darkest days" and fight through some of the most epic battles in history. To ensure the battles are as realistic as possible, developer 8monkey Labs turned to NVIDIA(R) PhysX(R) technology in order to create environments that were interactive, expressive, and as natural as possible.

"It was critical to the success of Darkest of Days that these epic moments in world history are experienced in eerily accurate detail, and NVIDIA PhysX technology helped us achieve that goal," said Mark Doeden, Art Director at 8monkey Labs. "Our Marmoset Engine brings these battles to life with a completely unique look, and the PhysX technology was instrumental in making the game feel alive and real."

Darkest of Days goes beyond the successful formula that has attracted gamers to titles such as Call of Duty and movies such as Saving Private Ryan by allowing them to revisit all the most visceral moments in world history, travelling "Quantum Leap" style to such eras as the U.S. Civil War, World War I, World War II, and Pompeii, and participate in historical battles that helped shape history. The game looks and plays realistically thanks to the inclusion of fully destructible yet natural environments, complete with realistic leaves and flowers, wind, ground fog, smoke, volcanic ash, snow, and more.

The NVIDIA PhysX development platform consists of a robust physics engine, API, and middleware designed to give developers and animators unprecedented creative control over the look of their final in-game interactivity by allowing them to author and preview physics in real time. NVIDIA PhysX technology works across all major gaming platforms, including PC, Xbox360(TM), PLAYSTATION(R)3, Nintendo Wii(TM), and the iPhone, and can be accelerated by both the CPU and any CUDA(TM)-enabled NVIDIA GPU.

Developed by 8monkey Labs and published by Phantom EFX, Darkest of Days will be released in fall 2009 for the Xbox360 and Windows-based PCs, which will feature numerous GPU-accelerated PhysX effects for additional immersion. 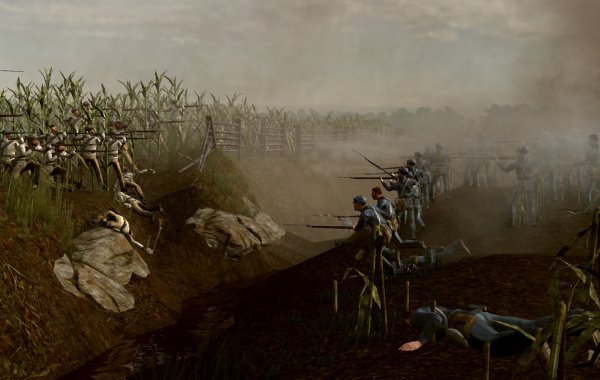