Insist on DrMOS
The MSI R4770-T2D512 is equipped with a 2nd generation DrMOS chip to maximize the performance and provide a stable power supply. DrMOS delivers the best power-saving and does not get hot.

Maximum lifespan with Hi-C CAP
For the best stability and longest lifespan, MSI R4770-T2D512 is equipped with the next generation solid capacitors; Hi-c CAP. This ensures higher stable voltages and better heat resistance.

Ultra power efficient
Not only is the MSI R4770 providing high-end graphics performance, but it is also equipped with DrMOS and ATI PowerPlay technology for dynamic power saving. Even under full load, the MSI R4770 graphics card won’t consume more than 90 Watts.

High Definition
In addition, the MSI R4770 supports the latest UVD 2.0 hardware decoding technology, which fully replaces CPU utilization during Blu-ray disc playback. It is also equipped with an HDMI 7.1 audio output, so no extra SPDIF cable is needed to enjoy watching movies. 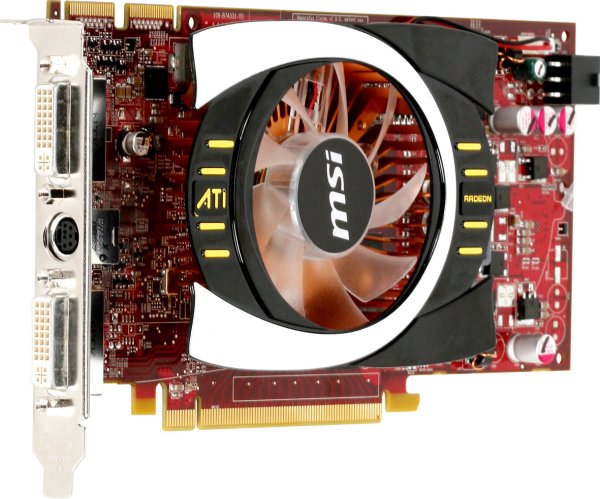