Posted on Thursday, April 30 2009 @ 20:26 CEST by Thomas De Maesschalck
Apple Insider received word that NVIDIA will launch a GeForce GTX 285 for Mac Pro systems in June, this card will be distributed by EVGA exclusively.

Little information about the card was directly mentioned, though certain details are evident through an image accompanying the teaser: the GTX 285 will be made by third-party firm EVGA, a company already well-established in making NVIDIA-based cards for Windows PCs. Like the Quadro FX 4800, though, it will forgo Apple's preferred Mini DisplayPort in favor of two dual-link DVI video ports. Both 2008 and 2009 Mac Pros will be supported. 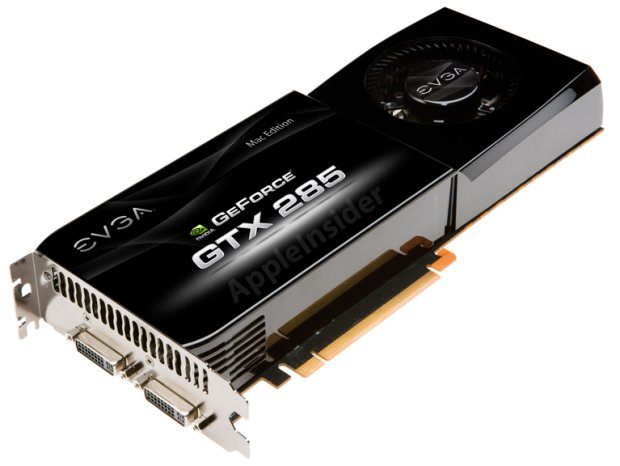