Posted on Thursday, May 14 2009 @ 19:21 CEST by Thomas De Maesschalck
The Tech Report reports ASUS is planning to debut the Eee Keyboard in June. This product is basically a keyboard with a built-in nettop and a small 800 x 480 pixel touchscreen.

Based on photos snapped by Engadget in March, the Eee Keyboard will come with a single- or dual-core Atom processor, 1GB of RAM, 16-32GB of solid-state storage, 802.11n Wi-Fi, Bluetooth, and HDMI. A separate story by Reg Hardware quoted pricing of $400-600. Engadget Chinese says we should learn more at the Computex trade show in early June. 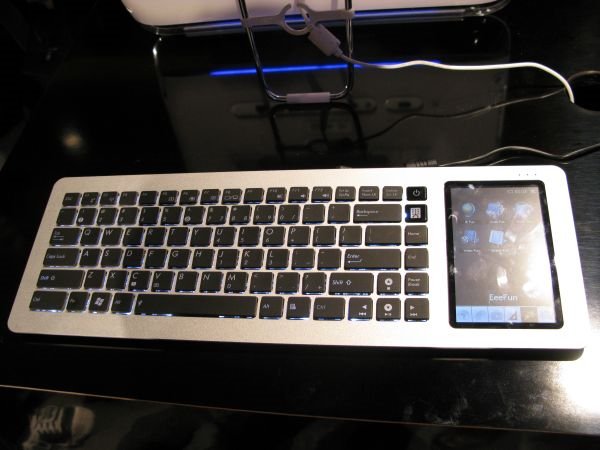 Picture courtesy of TechWareLabs at CES 2009