Posted on Monday, May 25 2009 @ 20:12 CEST by Thomas De Maesschalck
The leaked AT&T slides Engadget received today reveal details about Nokia's Mako (pictured below), Grouper, Snapper and Thresher cell phones. You can check it out over here, some of these phones look pretty interesting.

Most notably, the Mako (pictured) is unlike anything we've ever seen Nokia make, mostly thanks to a side-sliding QWERTY keyboard that doesn't really resemble any existing hardware. It rides on the same S60 3.2-based platform as the 6650 and E71x, features dual-band HSDPA, a 2.4-inch QVGA display, AGPS, 2 megapixel camera, Video Share, and 128MB of internal storage with microSD expansion. Sadly -- this is going to be a dream killer for some folks, we think -- it's only got a 2.5mm headphone jack, which is a step back for multimedia support. This one was at one time targeted for June 5, but if we had to guess, it's been pushed back -- maybe we're crazy, but we feel like it hasn't leaked enough to meet that date at this point. 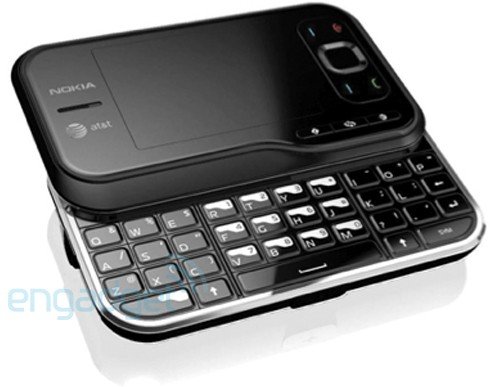