Optimal heat conductivity and low thermal resistance make the “GC-2” best-in-class thermal compound and enables an effective heat transfer. At the same time the compound is non-electrical conductive, non-corrosive, non-bleeding and non-curing. Aiming for the same high performance and price range as its predecessor the “GC-2” contains 7g paste which is twice as much as most other competitors. The “GC-2” will be part of the SILENT product line of GELID Solutions. 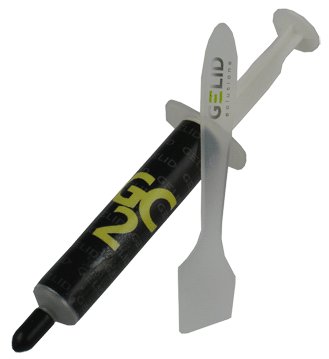