The basic construction remains the same: from a CPU contact base that doubles up as a heatsink, originate four copper heat-pipes, that convey heat to a dense array of aluminum fins, which is directly under the air-flow of the fan. The PWM-controlled fan spins at speeds of 650~1600 rpm, pushing 15.77~38.05 CFM of air, with noise outputs ranging in 12.91~28.89 dBA. The cooler weighs in at 405 g (around 0.9 lbs), and is compatible with most existing desktop CPU sockets including LGA-1366/775, and AMD AM3/AM2+/AM2/939. 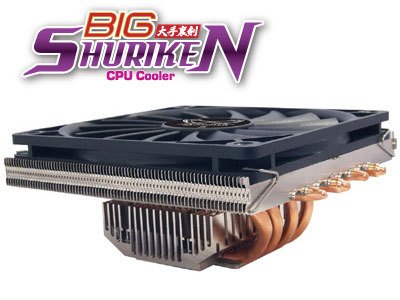