Posted on Wednesday, Aug 05 2009 @ 20:32 CEST by Thomas De Maesschalck
A company named Interorbital Systems has announced the TubeSat, the very first DIY satellite kit. For $8,000 you get a tiny 0.75kg satellite with all the components you need and a launch into Low-Earth-Orbit on an IOS NEPTUNE 30 launch vehicle. The TubeSats are placed into self-decaying orbits 310 kilometers above the Earth's surface, where they will stay for several weeks before burning up in the atmosphere. The max payload of the TubeSat is 200g, which should be enough for small experiments, imagery projects or even space burials.

A TubeSat is designed to function as a Basic Satellite Bus or as a simple stand-alone satellite. Each TubeSat kit includes the satellite's structural components, safety hardware, solar panels, batteries, power management hardware and software, transceiver, antennas, microcomputer, and the required programming tools. With these components alone, the builder can construct a satellite that puts out enough power to be picked up on the ground by a hand-held HAM radio receiver. Simple applications include broadcasting a repeating message from orbit or programming the satellite to function as a private orbital HAM radio relay station. These are just two examples. The TubeSat also allows the builder to add his or her own experiment or function to the basic TubeSat kit. Examples of add-on experiments or functions include the following:

Launches are expected to start in the fourth quarter of 2010. More details at Interorbital Systems. 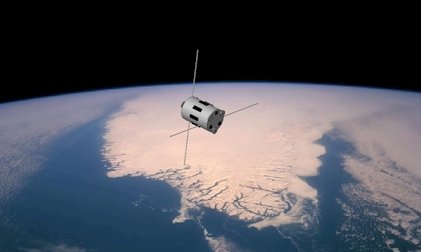