Posted on Thursday, Aug 06 2009 @ 18:41 CEST by Thomas De Maesschalck
Roccat will soon debut two new mice; the Kova and Pyra. The first one is an ambidextrous mouse for gamers, it has a total of five buttons and an adjustable DPI sensor that goes up to 3200DPI. The Roccat Kova will be released for around 49EUR.

The Kova is a little more puristic than the Kone. It looks more angular, has less buttons and is noticeably lighter. Furthermore the used technology is different, too: The Roccat Kova is equipped with an optical sensor that offers dpi adjustment to 400, 800, 1600 and 3200 dpi. All in all the Kova has five buttons with two side buttons on the left as well as the right side (for left or right handed usage). A nice gimmick: The mouse can be illuminated with changing light colors if the user wants it. The Kova can be configured without any drivers. 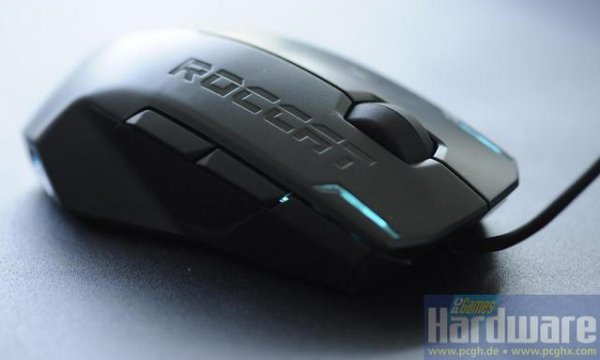 Another interesting new product from Roccat is the Pyra, this wireless mouse is aimed at notebook users. The Roccat Pyra features a 1600DPI sensor and has two extra buttons, one of the left and one on the right. The mouse has a polling rate of 1000Hz, it uses replaceable batteries but it will be possible to charge the batteries by connecting the mouse to one of your USB ports. The Roccat Pyra will debut in November for around 50-60EUR. 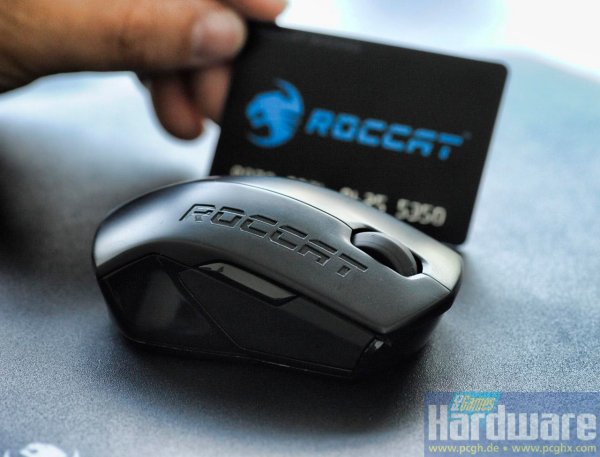