Stealth.com Inc. (Stealth Computer) a leading ISO 9001 manufacturer of industrial rugged computers and peripherals has released their new hybrid Notebook Warrior series computer. The all-new Stealth Model: NW-2000 Rugged PC provides the ultimate in mobile flexibility with the ability to quickly transform from a rugged notebook PC into a rugged Tablet PC in seconds. (and vice-versa)

Stealth's versatile and full-featured ruggedized notebook/tablet computer was built to handle demanding environments in both indoor and outdoor/field applications. The NW-2000 rugged mobile machine meets Military Standard MIL-810F specifications providing for superior performance over commercial grade products. Stealth's Notebook Warrior is encapsulated in a magnesium alloy chassis with built-in weather protective doors for all I/O ports. The IP54 / NEMA13 environmental protection provides a degree of defense in adverse operating conditions with protection from lint, dust and the spraying of water.

"The Stealth NW-2000 Rugged Notebook/tablet is the ideal solution for Government; industrial/commercial customers who are interested in the ability to work in rough environments yet maintain productivity without the risk of data or performance losses" stated Ed Boutilier President & CEO of Stealth.com Inc. 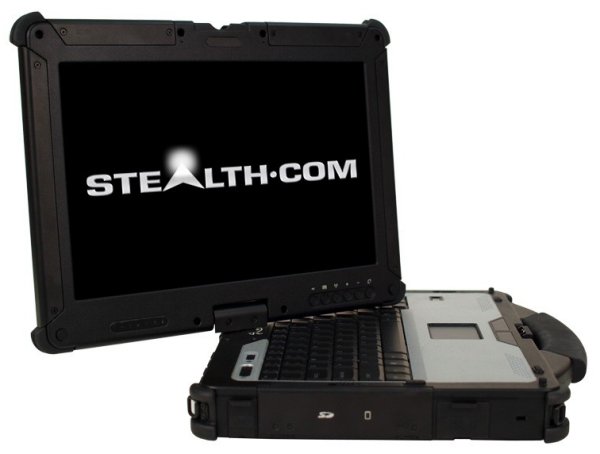