ASUS today announced the launch of the ASUS M4A785D Series motherboards with the new AMD® 785G chipset for enhanced graphics performance through new features such as DX10.1 and UVD 2.0 support, dynamic contrast, and high-quality video scaling. Additionally, the M4A785D Series supports up to 16GB of DDR2 memory, CrossFireX, and high-definition, 8-channel audio output. Developed under ASUS' rigorous "Xtreme Design" methods, the ASUS M4A785D draws on 20 years of design excellence to deliver the best in motherboard performance, safety, and reliability. 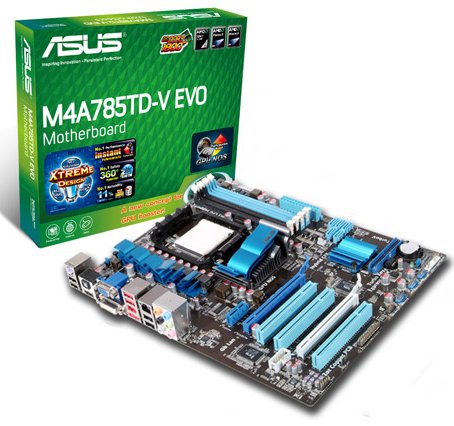