Posted on Thursday, Aug 13 2009 @ 16:29 CEST by Thomas De Maesschalck
Corsair introduced the Flash Voyager GT 128GB, this ruggedized USB drive features massive storage capacity and promises read speeds of up to 32MB/s and write speeds of up to 28MB/s. The MSRP is unknown, but a Dutch webstore currently has it listed for 336.22EUR.

The newest addition to the award-winning, ruggedized Flash Voyager family, the Voyager GT 128 breaks through with a spacious 128GB of storage and blazing speed. Using a unique dual-controller design, the Voyager GT delivers read and write speeds near the limits of the USB bus. Nearly 75% smaller than a typical portable USB hard disk drive, the Flash Voyager GT 128 is the most convenient way to transport huge amounts of data, including high-resolution photos and artwork, HD video footage, massive databases, or even entire music collections. 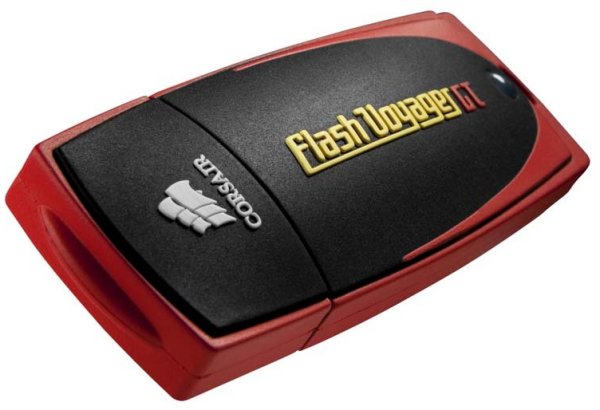