All Club 3D Green Edition graphics cards are equipped with silent high performance coolers with fan control to ensure a low noise in any kind of situation. Designed for mainstream multimedia & gaming PC's and also suitable for professional users. Equipped with the latest features such as NVIDIA® SLI®, CUDA® and PureVideo® HD Technology. 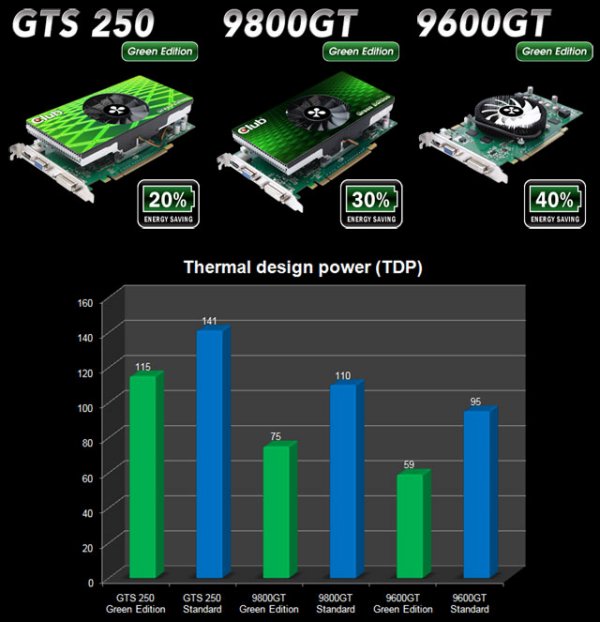