Posted on Saturday, Aug 22 2009 @ 15:59 CEST by Thomas De Maesschalck
Logitech debuts the Performance Mouse MX and Anywhere Mouse MX, two new wireless mice with the Darkfield Laser Tracking technology. The latter one is a new notebook mouse, while the other one is a high-performance desktop mouse.

Because choice is important, this new technology is available on a full-size mouse as well as a more compact, notebook mouse. However, both mice are designed to put you in control of your digital world. Both models feature hyper-fast scrolling, so you can fly through long documents with ease, while click-to-click mode gives you more precision when navigating lists, photos and slideshows.

With the full-size Logitech Performance Mouse MX, you have the power to get the job done. The sculpted, right-handed shape gives you the comfort you need, while the flexible micro-USB charging system lets you recharge your mouse through your computer or a wall outlet – even while you’re using it. To make you more productive, four customizable thumb buttons put your most important controls – like application switching and zooming – at your fingertips. And, force-sensitive side-to-side scrolling (software enabled) – a first in any Logitech mouse – lets you quickly navigate around Web pages.

Thanks to its compact size, the Logitech Anywhere Mouse MX works wherever you do and a travel pouch helps protect the mouse while in-transit. The contoured shape fits naturally into most hands and back and forward buttons, placed within reach of your thumb, help you surf the Web efficiently.

In addition to providing unsurpassed cursor control, both of the new Logitech mice feature the recently announced Logitech® Unifying receiver. The tiny wireless receiver stays in your notebook, so there’s no need to unplug it when you move around. Plus, you can easily add up to five other compatible Logitech keyboards and mice to the single receiver, including the recently announced Logitech® Keyboard K350, Logitech® Keyboard K340, Logitech® Marathon Mouse M705 and the Logitech® Wireless Mouse M505. 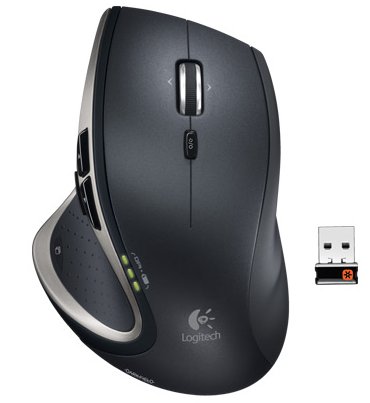 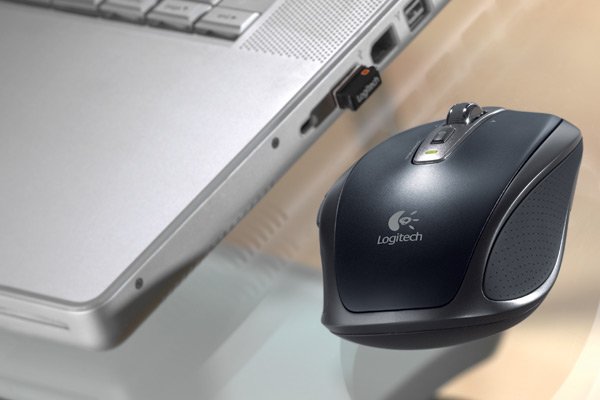