Posted on Monday, Aug 24 2009 @ 16:20 CEST by Thomas De Maesschalck
Futuremark Games Studio released new screenshots and details about Shattered Horizon, the company's upcoming multiplayer FPS set in the zero gravity of near-Earth space. The game is set 40 years from now and offers unique freedom of movement, it's expected to be released by the end of this year. More details can be found at Shattered Horizon.

Man is back on the Moon and the companies that took him there are reaping huge profits. Their greed soon leads to the largest mining accident in history, when an explosion throws billions of tons of rocky debris into near-Earth space. Fragments of the Moon settle around the Earth and become known as the Arc. With Earth surrounded by debris there's little chance of rescue or return. Survivors on the Moon are forced into conflict with those trapped on the battered International Space Station. Control of the Arc means the difference between survival and death in the cold of space.


Shattered Horizon is a multiplayer first-person shooter where players fight in zero gravity surrounded by the broken remains of orbital infrastructure and billions of tons of rocky debris thrown into orbit by a huge explosion on the Moon. With simple and intuitive controls players have complete freedom of movement, making full use of the distinctive environment to control the battle. Shattered Horizon rewards players with gameplay and tactics impossible in games constrained by gravity. Stunning lighting effects and zero gravity physics give the look and feel of real space, bringing to life an extraordinary and epic vision of the future. 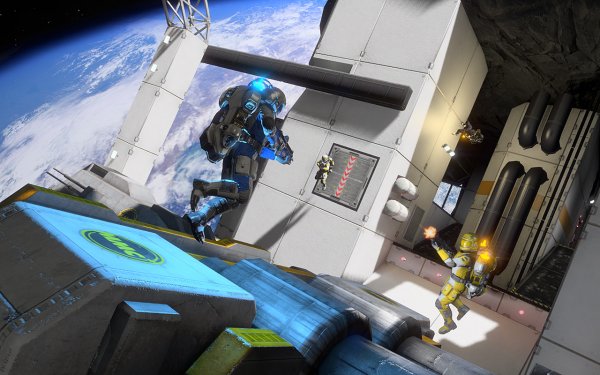