This new processor cooler features a large tower heatsink with copper base, aluminum fins and three heatpipes. Active cooling is provided by the Noctua NF-P12, a 120mm fan which delivers an airflow of up to 92.3m³/h at a noise level of just 19.8dBA. The Noctua NH-U12P SE2 will start shipping within two weeks for $64.90 (56.90EUR).

The new NH-U12P SE2 now supports Intel's upcoming LGA1156 based Core i5 and Core i7 "Lynnfield" CPUs while maintaining compatibility with LGA1366, LGA775 and AM3 processors. Like the SE1366 version, the NH-U12P SE2 offers a premium value package with Noctua NT-H1 thermal compound and two NF-P12 120mm fans.

"Users loved our LGA1366 special edition of the NH-U12P cooler, but many asked whether they could get the same premium package with dual fans for other sockets as well", explains Mag. Roland Mossig, Noctua CEO. "We thought that the impending launch of Intel's new Lynnfield CPUs would be a great opportunity to come up with a new special edition that not only supports the new socket but also offers the multi-socket compatibility of the original NH-U12P, so the NH-U12P SE2 was born."

By using Noctua's newest SecuFirm2™ multi-socket mounting system, the NH-U12P SE2 doesn't only add support for the new LGA1156 socket, but also offers full compatibility with Intel's LGA1366 and LGA775 as well as AMD's AM2, AM2+ and AM3 sockets. As users have come to expect from Noctua's SecuFirm2™ systems, the NH-U12P SE2's mounting combines outstanding reliability, optimal contact pressure and easy, straightforward installation. 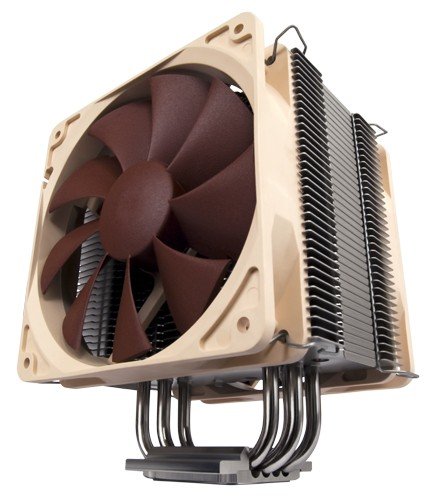