Amazon Kindle drops in price and becomes available in 100 countries

Posted on Wednesday, Oct 07 2009 @ 17:04 CEST by Thomas De Maesschalck
Amazon has two Kindle announcements today. First up is the news that the Kindle has dropped from $299 to $259 for US customers. The second announcement is that there's now an international Kindle edition that will be available in 100 countries starting on October 19. This new 6" eReader will be priced at $279 and offers free 3G connectivity in more than 100 countries via AT&T and its international partners, but only for downloading books, magazines and newspapers.

There are a couple of drawbacks though, the international Kindle is a bit crippled and more expensive than the version that was released for the US. International customers will need to purchase the new Kindle from Amazon's website in the US, which means they'll likely have to pay additional taxes. Another negative is that it only ships with a U.S. power adapter, unless you buy a separate converter you'll only be able to charge your Kindle via USB. Furthermore, downloading books wirelessly will cost $1.99 more outside the U.S. and newspapers and magazines will be delivered without photos as Amazon wants to save bandwidth costs.

Kindle is Amazon’s most wished for, most gifted, and #1 bestselling product, but prior to today it has been available only to U.S. customers. Now for the first time, Kindle is available to customers around the world. Kindle wirelessly downloads books, magazines, newspapers and personal documents to a crisp, high-resolution 6-inch electronic ink display that looks and reads like real paper. Kindle utilizes the same 3G wireless technology as advanced cell phones, so you never need to hunt for a Wi-Fi hotspot. Readers around the world can pre-order Kindle today for $279 at www.amazon.com/kindle and it will begin shipping October 19.

“We have millions of customers in countries all over the world who read English-language books,” said Jeff Bezos, Amazon.com Founder and CEO. “Kindle enables these customers to think of a book and download it wirelessly in less than 60 seconds.” 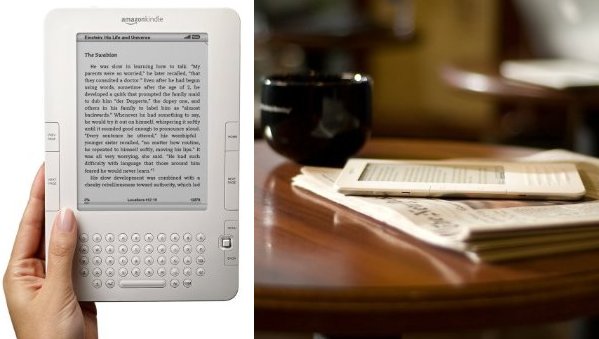