Posted on Wednesday, Oct 07 2009 @ 17:55 CEST by Thomas De Maesschalck
Finnish tech site Muropaketti published a desktop roadmap slide from AMD. It reveals the company plans to debut the enthusiast Leo and mainstream Dorado platforms next year. Leo will feature 45nm Thuban processors with up to six cores, DDR3 memory, the RD890 + SB850 chipsets and discrete DX11 graphics. Dorado on the other hand will feature Athlon II chips with up to four cores, DDR3 memory, and RS880P + SB810 chipsets with integrated graphics. 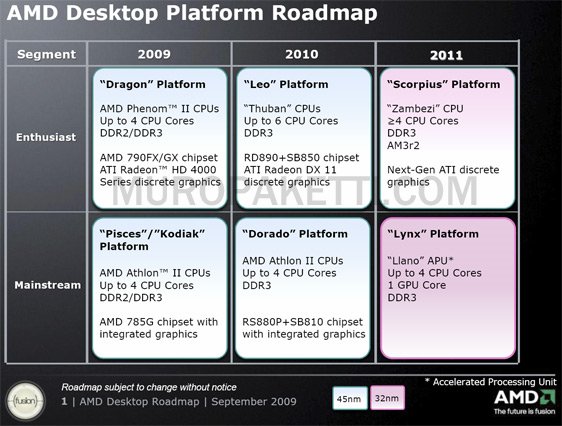