Both systems will be available by late October or early November and a faster FX6810-01 will follow later this year. 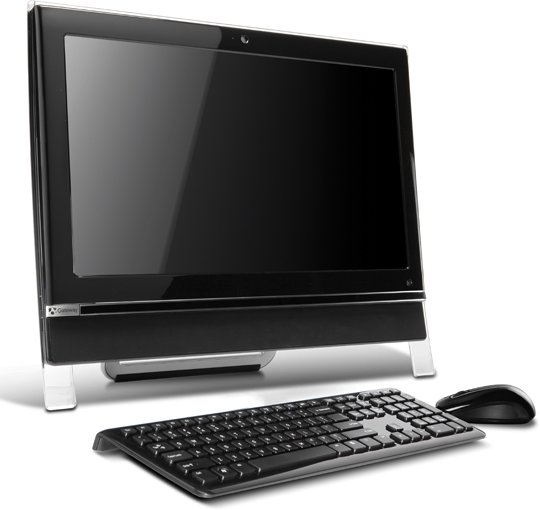 Here's some info about the special Touch features of the One ZX Series:

Leveraging the advanced touch capabilities of Windows 7 and multi-touch, the next generation of touch screen technology, the One ZX Series gives consumers a whole new way to interact with their digital data. Delivering a superior touch screen experience, multi-touch offers more gesture combinations than single touch screens; a finer, more accurate way to interface with the PC, and an experience that is fast, intuitive and fun to use. And for those needing to save even more space, the keyboard is now optional.

With multi-touch, consumers simply touch icons on the PC’s screen with just one or two fingertips to launch applications, movies, music, zoom in and out on photos and websites, resize windows and handwrite notes.

In addition, the unique Gateway TouchPortal, an intuitive interface that lies on the top of Windows 7, serves as the starting point for managing a suite of Gateway one-touch “gadgets” and Microsoft touch applications. Gateway’s TouchGadgets provide quick access to music, videos, photos, social media networks and more, and include: